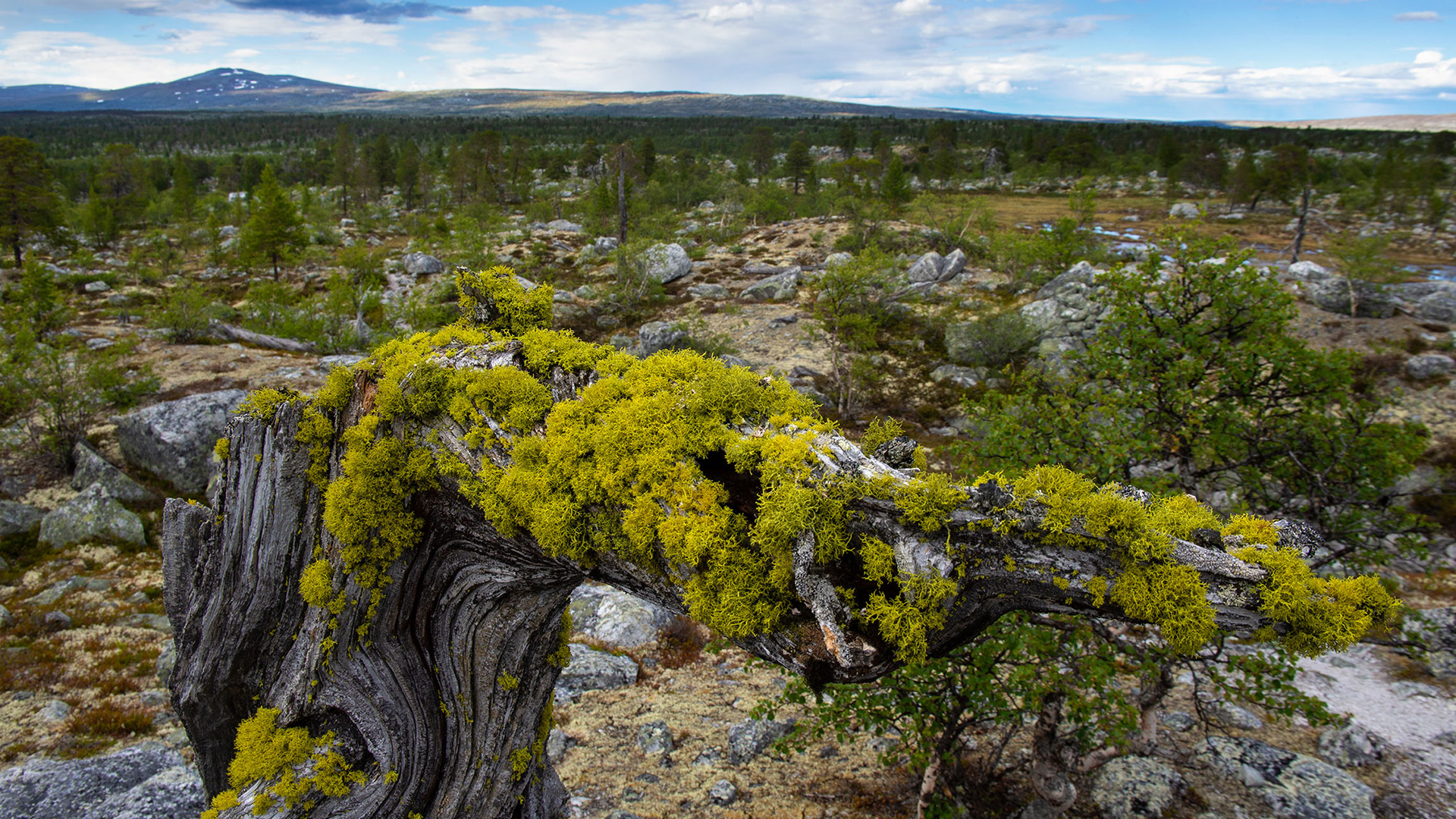 Femundsmarka is one of the oldest national parks in Norway. It was threatened by hydropower development and was, after a period of struggle, protected as a national park.

The national park is rich in cultural heritage, but also has a touch of wilderness about it. Here, the trees remain rooted until they die and transform into silver-gray natural monuments, before one day falling to the ground and giving life to a number of species. A network of lakes and watercourses makes the area a great place for canoeists and anglers. Many visitors discover a unique atmosphere in Femundsmarka, which brings them back year after year.

Why a national park?

The national park became a protected area in 1971 and was significantly expanded in 2003, with a total protected area of 573 km². Femundsmarka is protected in order to preserve large, untouched areas containing forests and mountains.

A national park will allow nature to develop on its own terms, without human intervention. This ensures space for species that require large habitats, and many species on the Norwegian Red List have their home here. The area is important for Southern Sámi reindeer husbandry. This provides the basis for magnificent natural experiences for those visiting the area. 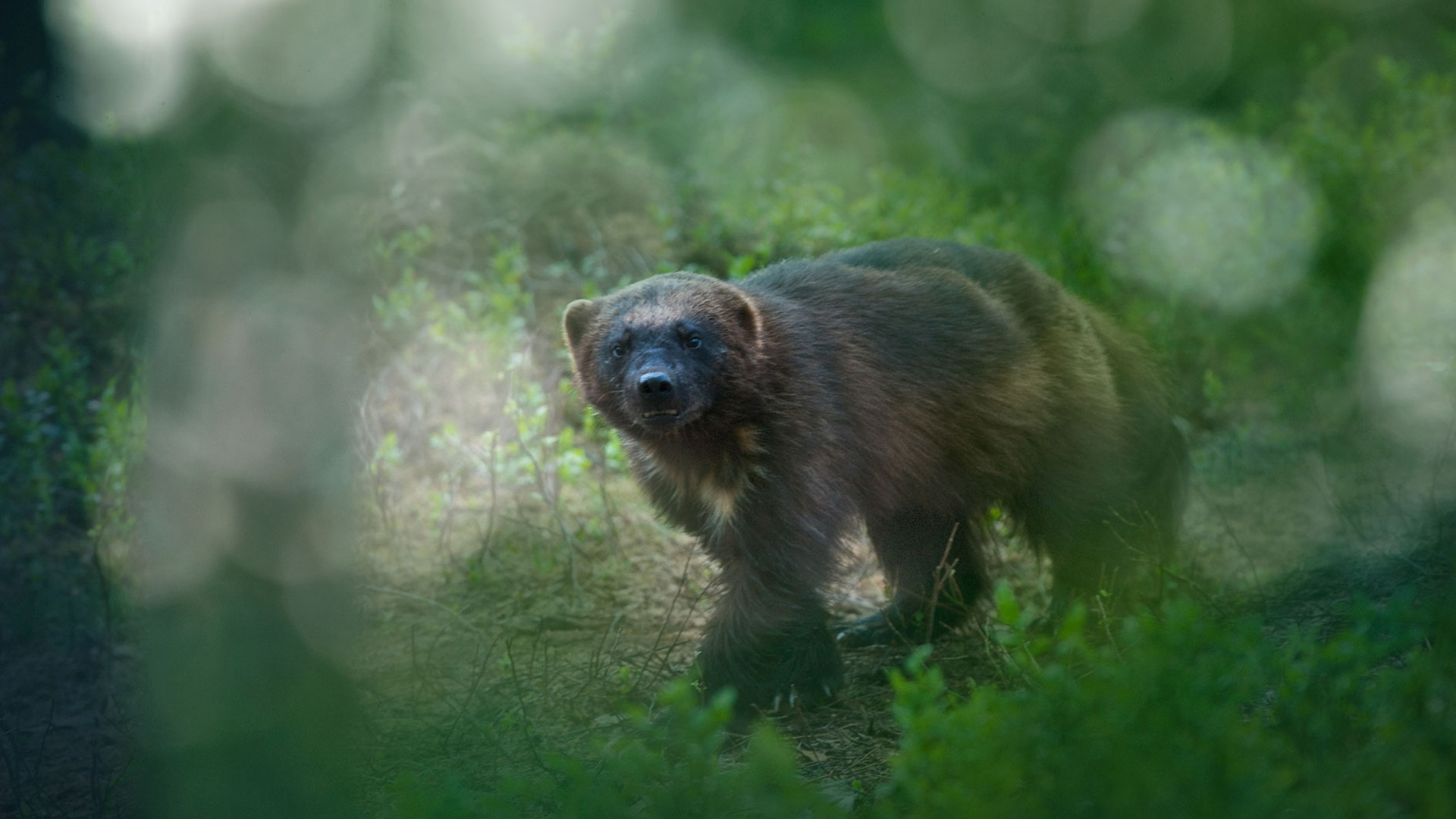 You will find a rich diversity of nature in Femundsmarka which supports a number of different species. From the dry, old silver pines that house a variety of insects and lichens, to countless watercourses with traces left by beavers and a rich bird life. 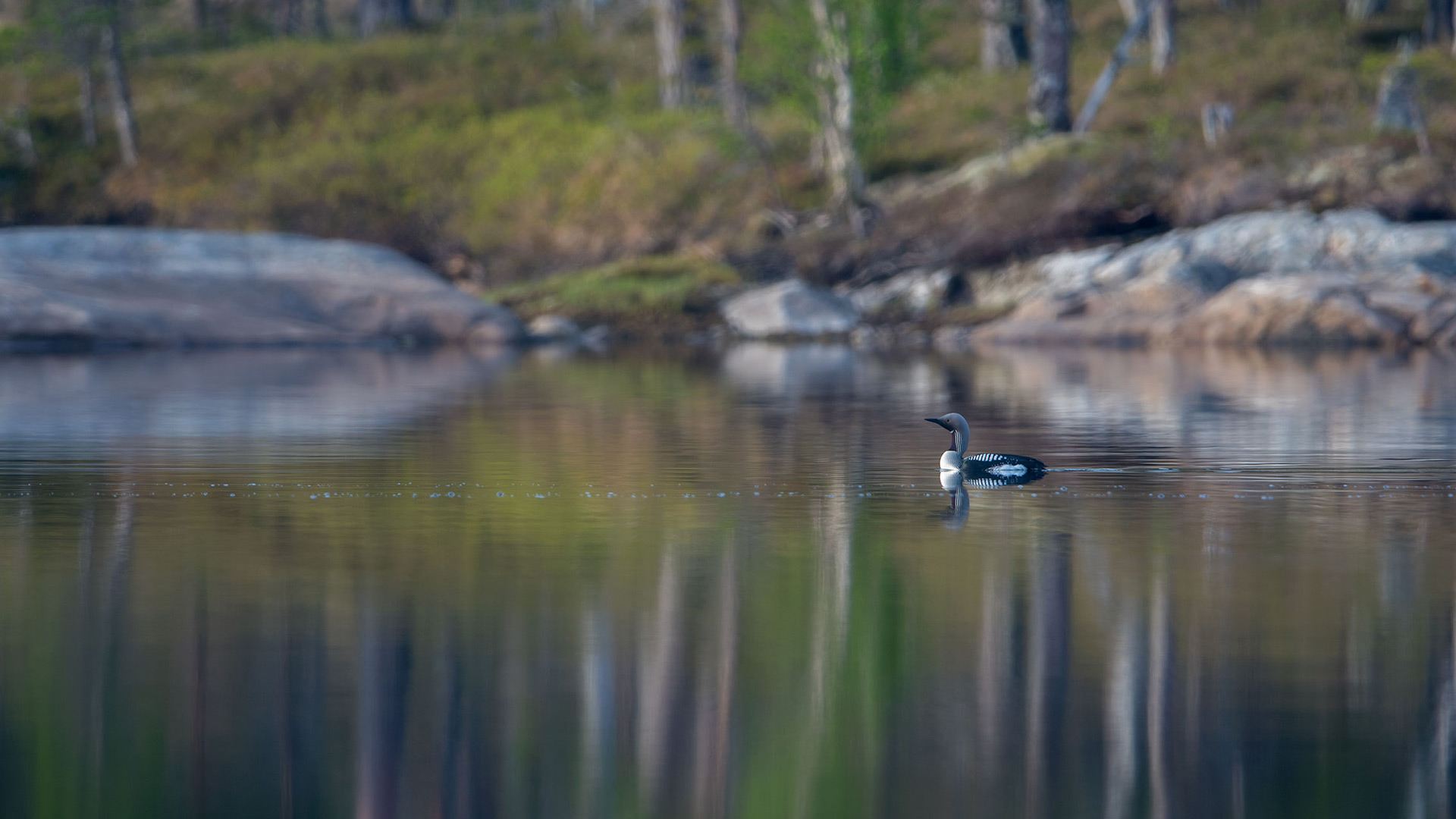 Ten thousand years ago, the ice retreated from this area, leaving a desolate, ancient landscape covered in a sea of boulder fields. A landscape that has changed little since then. The landscape in the national park is characterized by tranquil, rounded terrain and long, gentle lines. What many do not know is that there are a number of peaks that are over 1000 meters in height.

The highest peak, Storviglen (1561 masl) is located in the north. In the south, you will find Stor-Svuku (1421 masl) and Elgåhogna (1460 masl). A special feature of the landscape is the narrow ridges that meander out into the lakes and form a multitude of headlands and islands, so-called Rogen moraines. They are named after Rogen lake. This type of formation has also given names to similar formations elsewhere in the country. 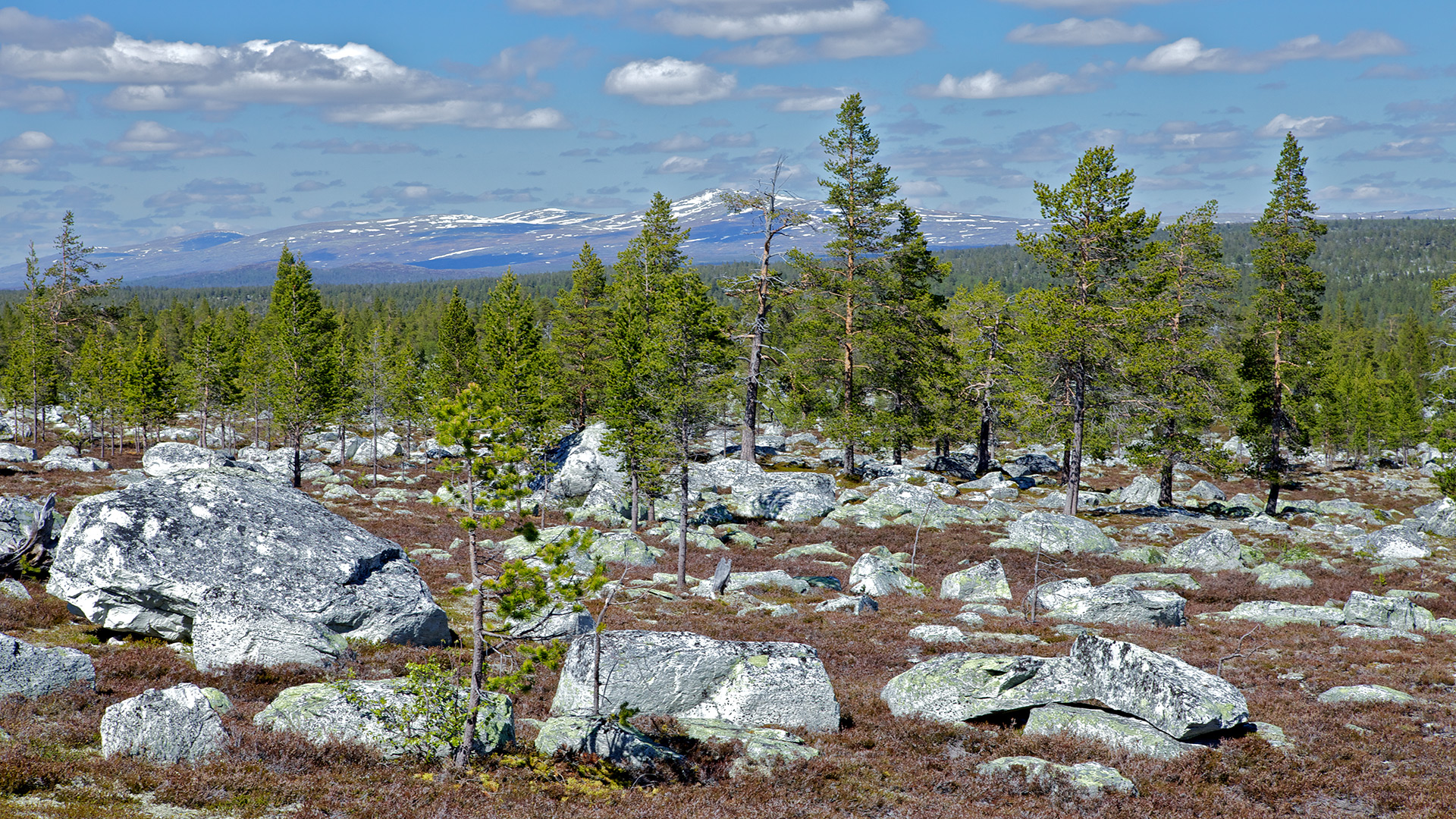 On a national scale, reindeer husbandry is a small industry, but all of Femundsmarka is used for grazing domesticated reindeer. In the south, the areas are used all year round, while in the north, they are only used during the winter.

Groups of reindeer owners herd the reindeer into common flocks in specific areas, and work together on managing the reindeer. These groups are called Sijte in the Southern Sámi language. Saanti sijte and Gåebrien sijte are currently the Sámi reindeer grazing districts that have grazing areas in the north of Femundsmarka. Svahken sijte is located in the southern part of Femundsmarka. Lassoes and dogs are still important work tools for reindeer herders, in addition to modern technical aids.

Show consideration if you encounter reindeer

Domesticated reindeer are not particularly shy, and mountain hikers often get the chance to meet these beautiful animals in the mountains. However, the reindeer need peace and quiet to graze, so show consideration and do not disturb the animals unnecessarily. This is particularly important during the calving season, when reindeer are very vulnerable. Remember to keep your dog on a leash, and do not follow the animals. 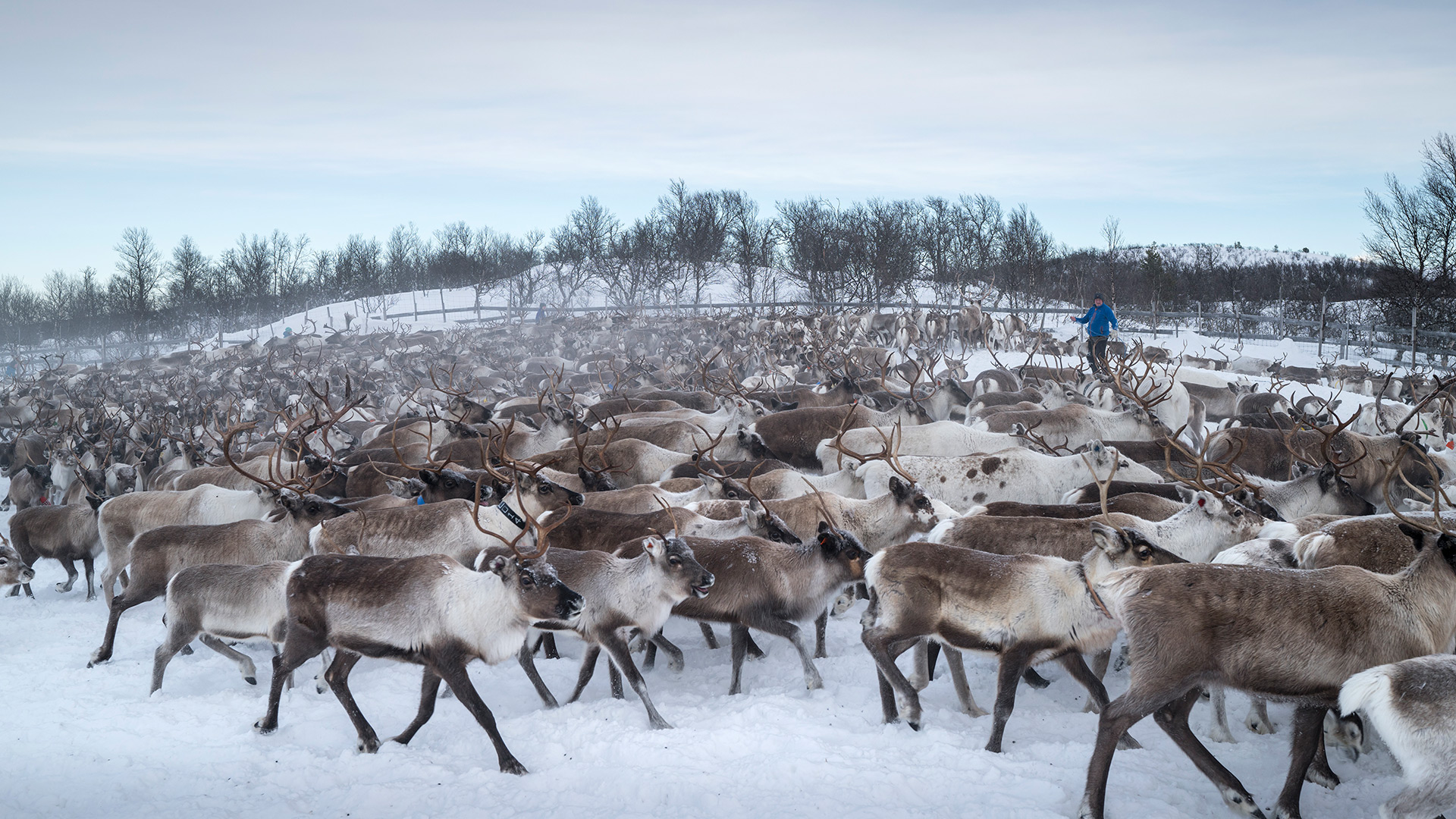 The first traces of human activity in Femundsmarka date from the Neolithic Period. Among other things, there are both Stone Age settlements and traces of larger trapping sites that include pitfall traps.

The Røros Copper Works has left its mark on the landscape

Many of the more recent traces in and around the national park originate from Røros Copper Works. The copper smelter on the western shore of Femunden lake was in operation from 1743 to 1822. After that, there was a smelter at Drevsjø lake until 1834. Right up to the Swedish border, there are clear signs of tree felling and charcoal kilns. Along the watercourses, there is evidence of log floating in the form of dams, log flumes and timber booms.

A number of settlements were established in the area during the 18th century. The summer mountain farms of Haugen and Svukuriset gradually developed into full working farms where people still live today. The farms in Sylen on the Swedish border are also inhabited. The village has no road access and is surrounded by the national park.

The Sámi people have herded their domesticated reindeer for centuries. Before reindeer husbandry, they survived by hunting, trapping, gathering and fishing. The Sámi people have traditions and beliefs associated with places in the national park, often without having left any physical traces on the land. Some of the visible traces in Femundsmarka include old settlements with the foundations of turf huts, various storing places and corrals where reindeer were gathered.

The National Park is managed by a national park board, consisting of members from the concerned municipalities, county council and the Sámi Parliament. Every year, the Board ensures that key measures are carried out, including maintenance, information and the facilitation of public access.

The Board’s secretariat consists of two national park managers with office at Røros and Drevsjø.

The conservation objective and the Protection Regulations define which activities and measures are allowable in the area. See the National Park Board’s website.

The National Park Board cooperates closely with the Norwegian Nature Inspectorate (SNO), which conducts supervision and control with the protected areas.

Engerdal Mountain Board and Statskog Fjelltjenesten facilitate for outdoor life with hunting, fishing and huts in the protected areas.